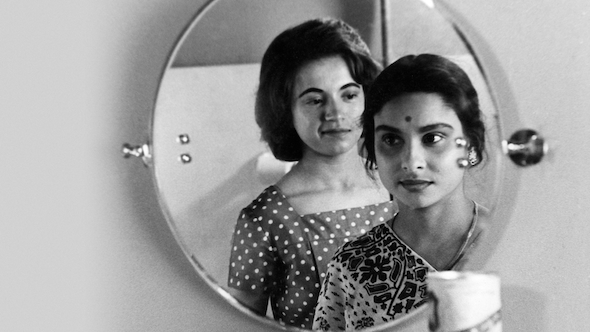 The BFI are doing a Satyajit Ray season. I have to admit I’ve never managed to see any of his films before, despite having read about them often in Sight & Sound, and I now know how much goodness I’ve been missing. This week I saw Mahanagar/The Big City, about about a struggling middle class family in 1950s Calcutta. It’s such a lovely sweet feel-good feminist film and it passes the Shukla-Bechdel test with flying colours, so if you need cheering up and can make one of the screenings, I can’t recommend it enough = )